Circa Resort and Casino 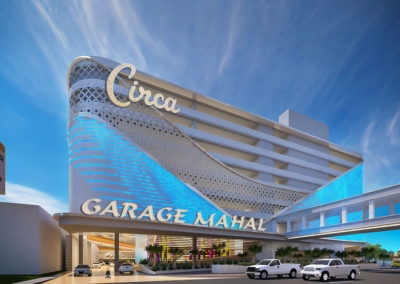 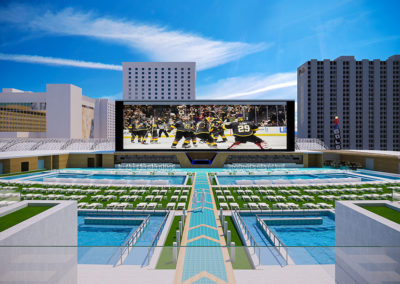 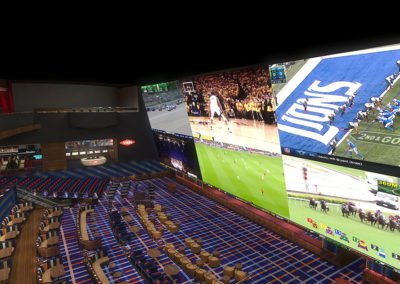 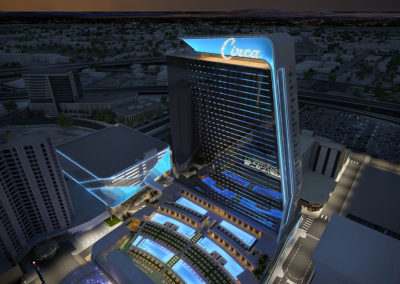 The Stevens brothers have made a mini-empire for themselves in Downtown Las Vegas with their hotels The D and Golden Gate. Now, they are building Downtown Las Vegas’ first new-from-the-ground-up casino in over 40 years.

It will be called Circa and it will have 777 rooms in a 44-story tower, the tallest in Downtown. Features include the longest outdoor bar along Fremont Street, five restaurants, what is being billed as the world’s largest sportsbook, six year-round pools with an amphitheater and a giant screen showing sporting events, a two-story casino with 1,350 slot machines and 49 table games, and a place for cars and other transportation they are dubbing the Garage Mahal.

It’ll also feature the return of Vegas Vickie, the neon cowgirl that was atop the Girls of Glitter Gulch strip club for decades. She’ll be installed in the hotel’s lobby.

The restaurant line-up is eclectic. Barry’s Downtown Prime will be the retro throwback steakhouse that will come complete with a glowing bar; open 24 hours, Saginaw’s Deli is an offshoot of the famed Zingerman’s in Ann Arbor, Michigan; 8 East is a new pan-Asian concept from Le Thai chef Dan Coughlin; Victory Burger & Wings will operate at the sportsbook (billed as the world’s largest) and is an offshoot of American Coney Island at sister hotel The D; and Project BBQ will be a permanent food truck along Fremont Street slinging various Carolina style barbecue

The Downtown Vegas property is under construction at the corner of Fremont and Main and should open by the end of 2020.