An improvement over the Monte Carlo days.

Not different enough to justify the prices.

Too expensive for what you get.

You can get more at other hotels for these prices.

Major points for the Park Theater.

Points for the effort. 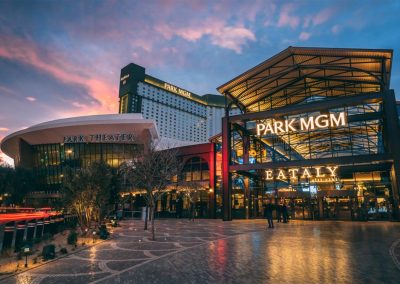 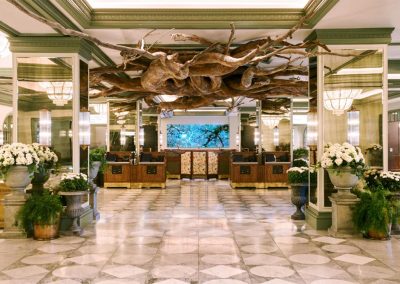 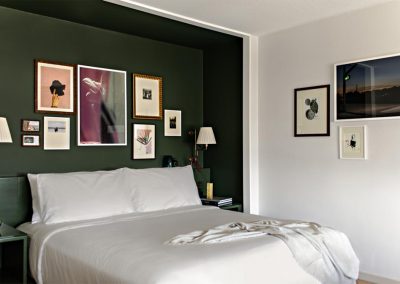 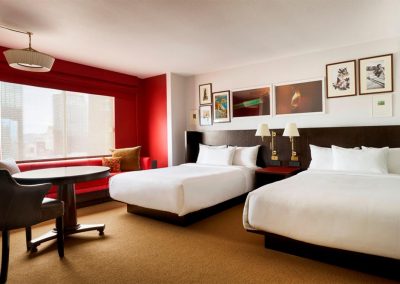 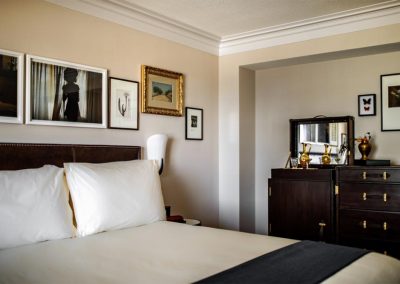 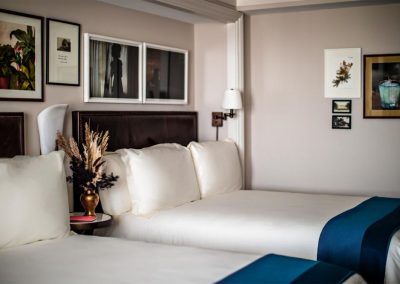 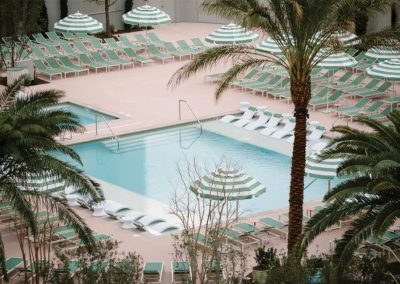 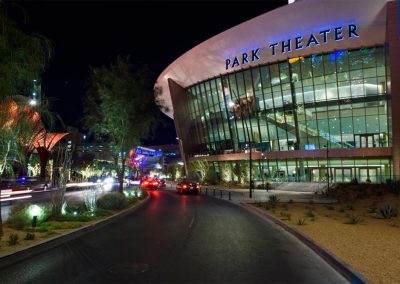 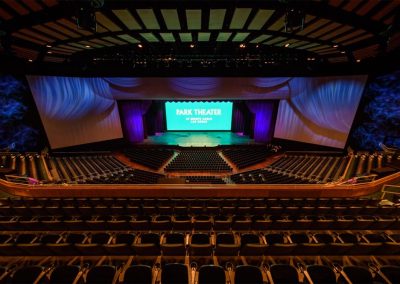 Twenty years after it opened, the Monte Carlo is no more. No, they didn’t implode it and start over, but instead they have done a complete top to bottom remodel to turn it into a new hotel called Park MGM and a boutique hotel within the hotel, NoMad Las Vegas, a sister to the popular New York NoMad and The Line in Los Angeles.

The $450 million renovation touched every single corner of the hotel including the casino, lobby, shopping, pool area, and all of the guest rooms. Most of the restaurants have been replaced and new nightlife options have been added.

While the hotel tower looks the same, just a different color, the overall look of the exterior of the property has changed dramatically on The Strip. Gone are the vaguely naughty European fountains and restaurants like Diablo’s Cantina. Now, a giant Eataly restaurant and market dominates the front of the hotel and the even more giant Park Theater draws your attention to the side of the property facing The Park and New York-New York. It’s nice, but the additive execution of it all means that it lacks an iconic cohesive focal point that hotels like Aria, Bellagio, and Caesars have.

The overall look of the interior of new property is what I can only describe as woodsy. Forest green is the predominant color alongside neutral shades of white and nature elements are highlighted throughout. The centerpiece of the big lobby, for instance, is the art piece resembling tree branches growing out of the ceiling.

The basic footprint of the hotel hasn’t changed – there are restaurants up front and along the sides of the long and somewhat narrow casino with the valet, lobby, hotel elevators, and pool at the back.

The casino is pretty much the same as it was just with new carpet, paint, decorations, machines, and tables although there are new high-limit areas. I know saying that there is new just about everything and saying it is the same is a bit of a contradiction, but if you were at all familiar with the casino when it was the Monte Carlo you will see what I mean. It’s not a dramatic overhaul like they did with the old Sahara when it became the SLS a few years back.

Rooms come in king or queen format and have been totally overhauled. The king bed sits an art-filled alcove facing the windows while the queens face the traditional way. There’s a cute window seat running the length of the exterior wall that is more cute than comfortable. The amenities list is long with a 50″ LED TV, black-out drapes, lots of easy to access outlets for charging, a safe, and and iron and board topping the helpful items list.

The bathrooms have also been redone with new fixtures, floors, and decor. It’s worth noting that there is no tub in most rooms, only a shower.

While the rooms certainly are a dramatic improvement from the Monte days, there is one limitation they couldn’t get past with their cosmetic remodel and that’s the size. Standard rooms are 400 square feet and are stuffed with furniture so it not only is smaller than more modern Vegas hotel rooms is feels smaller. Lower ceilings than what you’ll find in newer hotels don’t help much. It’s not like you’ll get claustrophobic – compared to hotel rooms in places like New York City, these are palatial – but for Vegas they are small.

The centerpiece of the property is the Park Theater, a 5,000 seat entertainment venue that hosts a series of high-profile headliners including  Lady Gaga, Janet Jackson, Cher,Aerosmith, and more.

Restaurants include the aforementioned Eataly, a huge Italian food hall and marketplace with multiple counters and restaurants; a branch of the celebrated Chicago steakhouse Bavette’s; and more. The popular and inexpensive food court is gone as are longtime Monte Carlo era favorites like the Pub and Diablo’s Cantina. The ridiculously named Street of Dreams shopping arcade is also gone and not at all missed. There is still a stop on the Bellagio to CityCenter tram here so that is helpful.

The pool area has been completely rehabbed and is much nicer, with multiple places to dip and/or sun yourself.

The NoMad Las Vegas takes over 292 guest rooms and suites and feature its own porte corchere, lobby, and pool. It is patterned after the award-winning New York NoMad run by the same company that does The Line and NoMad hotels in Los Angeles and Freehand hotels in Chicago and Miami.

The rooms are lovely with a vaguely French theme to the decor, hardwood floors, a window seat, a mahogany writing desk, leather headboards, and other nice touches. They suffer from the same size problem that the Park rooms do.

Unsurprisingly, the new name and decor has brought along with it higher prices. You can find some weekdays as low as $99 but don’t be surprised to find $169 and up common. Weekends are mostly over $200 and some over $300 per night. That’s before the $39 per night (plus tax) resort fee.

And don’t forget about the fees for parking. It costs $15 per day for self parking and $24 per day for valet for hotel guests and non-guests alike. The only way to get out of it is if you have a players’ club card at the Pearl or above level, which gets you free self-parking and the Gold or above level, which gets you free valet.

The Park MGM is a definite upgrade from the Monte Carlo days but the realities of turning an old hotel into a new one are just as evident here as they have been at other properties in Vegas that have gotten similar treatments.