Can be very inexpensive. Great place for families and kids.

Great place for families and kids.

Can get some good deals here.

You don’t always feel like you get what you paid for.

Tower rooms are fine; motel style rooms out back aren’t.

Rooms lack a few of the better conveniences.

Tons of stuff to do here, especially for families.

Matter of taste – but the kid thing knocks the score down for me. 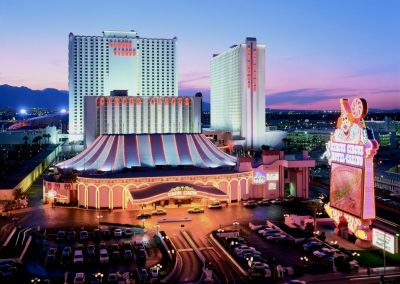 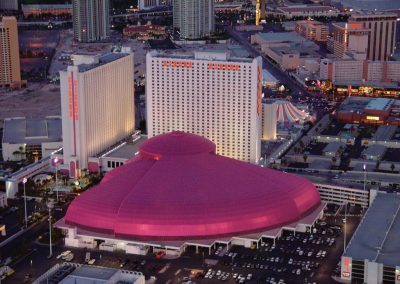 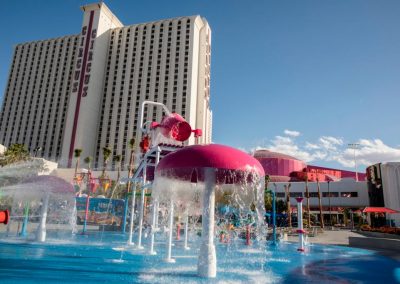 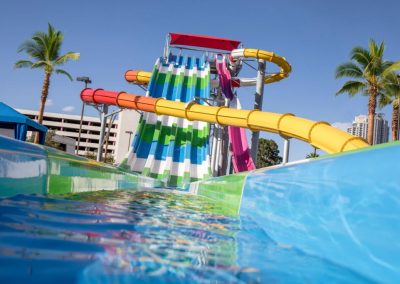 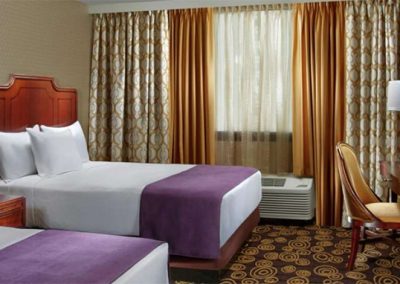 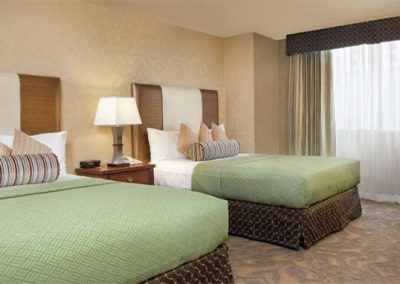 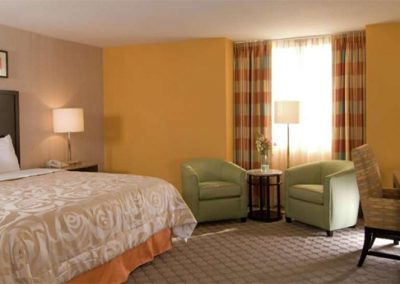 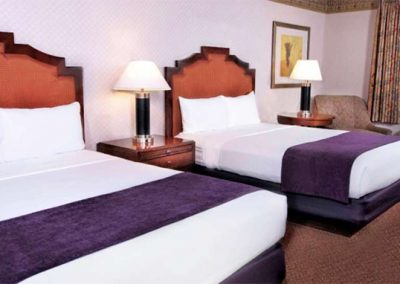 Like just about every other hotel in Vegas, this 70’s institution has received facelifts over the years that have made it lighter, brighter, and more upscale. Gone (for the most part) are the garish big-top colors replaced by whites, golds, and earthtones with a European Harlequin feeling.

What is coming next will be interesting to see. After decades as a part of the MGM family of resorts, Circus has been sold to Phil Ruffin, the guy that also owns Treasure Island. He had not said what he’ll be doing to the place yet, but expect a raft of changes to the rooms, the casino, the restaurants, and more when he officially takes the reins in 2020.

The big top itself will definitely stay, covering the main casino area and featuring continuous circus acts (trapeze artists, high wire, etc.) for most of the day and night. The giant midway/arcade is also still functioning allowing kids an opportunity to gamble legally with stuffed animals as the jackpots.

The property itself is sprawling, with very long walks, trams, or even shuttle buses carrying you to the extreme reaches.

Rooms are in three towers (Skyrise, West Tower, and Casino Tower) and a collection of low-rise motel-style buildings. Although the decor varies slightly they are all pretty much the same – a bed or two, a chair or two, a TV, and a small bathroom. They are as motel basic as you can get except for the Manor rooms, which are even more basic if that’s possible. If they want anything more than $50 a night for the latter, go elsewhere.

In other words this is not a place you stay if you are planning on spending a lot of time relaxing in your room. This is the place you stay so you can save a ton of money on room rates and then stay up all night blowing whatever saved in other ways.

There are several restaurants of varying caliber, the best of which is The Steakhouse, a Vegas institution for more than 30 years. There are a couple of informal bars but no nightclubs and no traditional showroom.

The primary entertainment diversion, other than the circus acts, is the Adventuredome theme park, a fully enclosed air-conditioned play land featuring a bunch of rides, games, and activities for kids of all ages. There is a mini-water park out back with several pools, water slides, a splash zone, and more but be warned: this is a family-focused resort so if you are looking for a nice, quiet, relaxing hour poolside you aren’t going to find it here.

Now that I’ve broached the kid issue, I may as well dive in. I want to state implicitly and without reservation that I am NOT anti-kid. I like children and in fact I was a child at some point in my life. Some of my best friends are children, or at least act that way.

The thing is that I am not wild about children in Las Vegas. Since the city is primarily a playground for adults, there isn’t a lot for them to do. Consequently they get bored and apparently decide that the only way to relieve said boredom is to bug the crap out of everybody around them. I guarantee you that if you walk from one end of the property to the other you will hear at least two kids crying somewhere along the way. The long and the short of it is that if you don’t want to be around children, Circus Circus is not the place for you.

The upside is that this hotel often has rooms that are substantially cheaper than other hotels on The Strip. You can get the tower rooms for as low as $32 and the Manor rooms can be even cheaper – I’ve seen as low as $24. Of course there is that annoying resort fee they charge daily, jacking the prices up by $32 per night (plus tax). Yes, the fact that the resort fee can actually be higher than the room rate is an irony that is not lost on anyone. Generally speaking you’ll be paying $50-$100 per night during the week and $100-$150 on the weekends.

There is also a fee for valet parking. It costs $16 per day for hotel guests and non-guests alike. The only way to get out of it is if you have a players’ club card at the Gold or above level. Self parking remains free at this hotel. This may change with Ruffin’s takeover – TI doesn’t charge for valet.

I know a lot of people who will check-in here, drop their bags, and run off to the more appealing, more adult casinos to gamble and play with all of the extra cash they are saving. That may be worth putting up with a crying child or two.