Location and lack of things to do

Far from The Strip but close to Boulder Hwy hotels.

You can get very inexpensive rates here.

For these prices? Great value!

Not as much to do here as hoped.

Fun for gamblers, but not much else.

A nice option for visitors with cars. 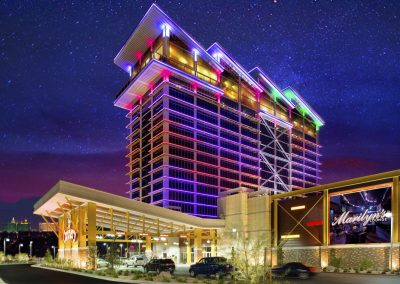 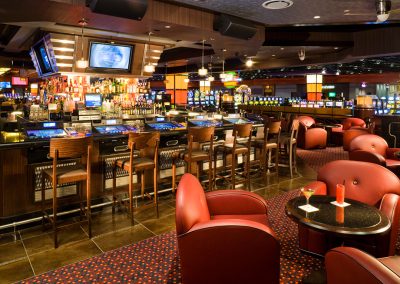 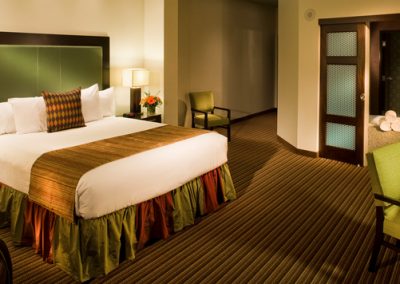 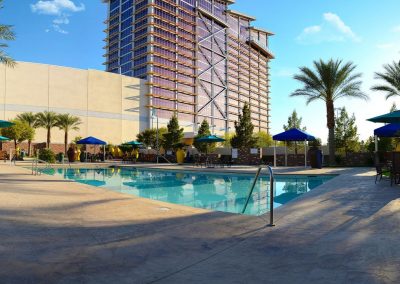 In Las Vegas, a “locals'” casino is defined as anything not right on The Strip or Downtown that caters mostly to the residents of the city through low-cost restaurants and entertainment, low room rates (for friends or families visiting from out of town), low limits on gaming, and other budget minded offerings.

The Eastside Cannery is located on Boulder Highway, one big block south of another locals’ favorite Sam’s Town and near Arizona Charlie’s and Boulder Station. For those of you unfamiliar with the neighborhood what you’re going to want to do is take Flamingo (that’s the street between Caesars and Bellagio) east about 6 miles and hang a right. In other words it’s nowhere near the places most tourists want to go but that doesn’t mean you shouldn’t know about it, especially if you’re one of those people who is always complaining about how expensive Vegas has gotten.

It’s hard to miss the building. At 16 stories it’s one of the tallest structures in that area of town and just to make sure you don’t miss it they have added colored lights that cast patterns across the façade of the tower. If you fly into town you’ll be able to see it since it’s right off the main approach to McCarran International.

The original Cannery has a ’40s theme (think Rosie the Riveter) but this one updates things by a couple of decades with a subtle ’60s theme. This is mostly exhibited with a series of large paintings of iconic free-love era imagery such as a Volkswagen van and various go-go style beauties.

But that’s as far as the theme goes, with most of the rest of the main casino floor done in a warm industrial feeling with exposed ductwork and brick everywhere. It’s a cannery, after all. Note the can shaped door handles on your way inside.

There are plenty of games for those so inclined; varied denominations of slots and video poker plus table games of all stripe. Most of them are lower limits – penny machines dominate the casino floor.

When Boyd Gaming bought the property and made it a sister of Sam’s Town, The Fremont, and Orleans, they closed most of the restaurants here and now only have a deli and a 24-hour coffee shop. For anything more substantial than that, they direct you up the street to Sam’s.

The standard rooms are generously sized and come with a sleekly modern design scheme, all clean lines and crisp linens. Big padded headboards loom over the pillow-top mattresses, which faces a flat panel television over a big dresser. There’s a nice sitting chair (suede in the room I saw) and a writing desk plus floor to ceiling windows offering more good views. Other amenities include high-speed Internet, an in-room refrigerator (not a mini-bar), iron and board, hairdryers, and more. The bathrooms are small compared to most modern Strip hotels but more than big enough to get done what you may need to get done in there.

Petite Suites are bigger and add a wet bar to go along with the extra floor space. They also feature significantly larger bathrooms with showers and Jacuzzi tubs alongside pocket doors that open into the main bedroom so you can luxuriate and see out the windows at the same time.

There is a decent sized pool area with plenty of chairs, a small stage for summertime entertainment, and a snack bar. But you do have to walk through the casino to get to the area so that’s a definite demerit.

The turn from the local’s casino norm here is that there really isn’t a lot else going on at the hotel. There is no bowling alley or cheap food court or movie theaters, so your onsite entertainment options are fairly limited. Again, they point you up the street to Sam’s if you want to do something other than gamble.

I had some issues with the specific staff members I was dealing with to tour the facility but everyone else in the normal customer service roles seemed very friendly and eager to make me feel at home. It’s a nice change of pace from the often impersonal service you see on The Strip.

The room rates are what should really get your attention. Standard rooms can get as low as $49 during the week and $99 on the weekend. And although you’ll often pay more than that it’s not a lot more and so that means you’re getting a very comfortable room in a very comfortable hotel for a fraction of the cost you’ll pay on The Strip even if it does have a resort fee of $20.33 (including tax) per night.

Yes, it’s a drive to get here, which means you’ll have to have a car at your disposal, but you can still come out way ahead.

The Eastside Cannery is not the best local’s hotel in town, nor is it the best value. But it is definitely worth knowing about, even if you aren’t a local.